The quest for a safe, natural preparation that might provide a treatment or even a cure for hemorrhoids was begun in 2006 at the Israpharm Clinic in Israel by two highly respected physicians, Drs. Alex Viminitz and Shimon Shohet, who were both experts in the use of plant extracts to support optimum health.

Because many hemorrhoid patients had already been treated by the medical staff at Israpharm Clinic, Dr. Alex Viminitz, in particular, had become very aware of the limitations of the range of treatments for haemorrhoids that were then available. These limitations included the fact that;

1. Most of the medicinal ointments or hemorrhoid creams available contained certain strong ingredients that made them subject to specific warnings against extended use with the result that patients often had to stop treatment prior to any improvement of his/her hemorrhoid condition.

2. Hemorrhoids in pregnancy could not be treated with certain of the medicinal ointments available and seldom for the period of time required.

4. Surgical intervention was often unacceptable because of both delay and the costs involved. 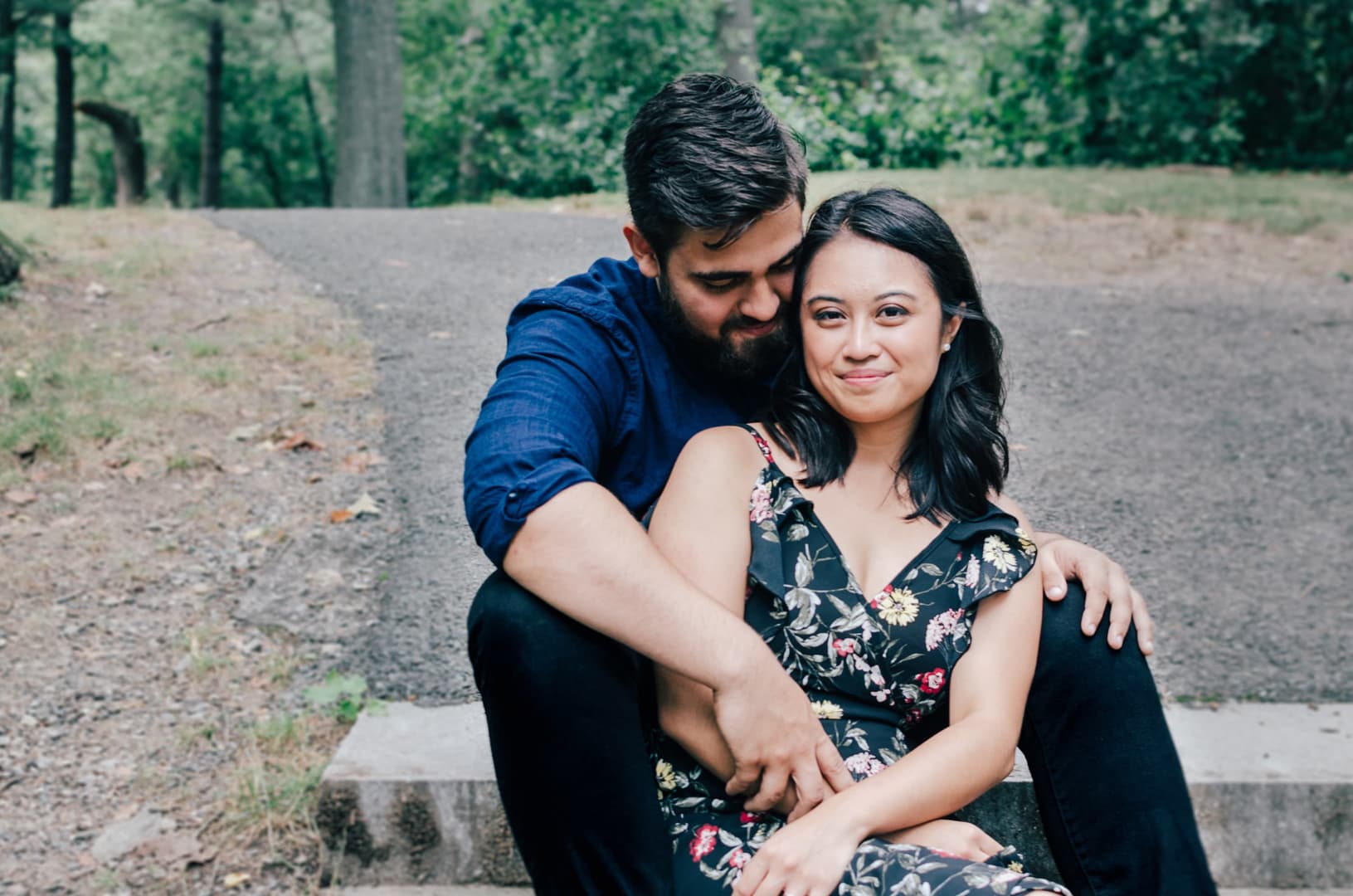 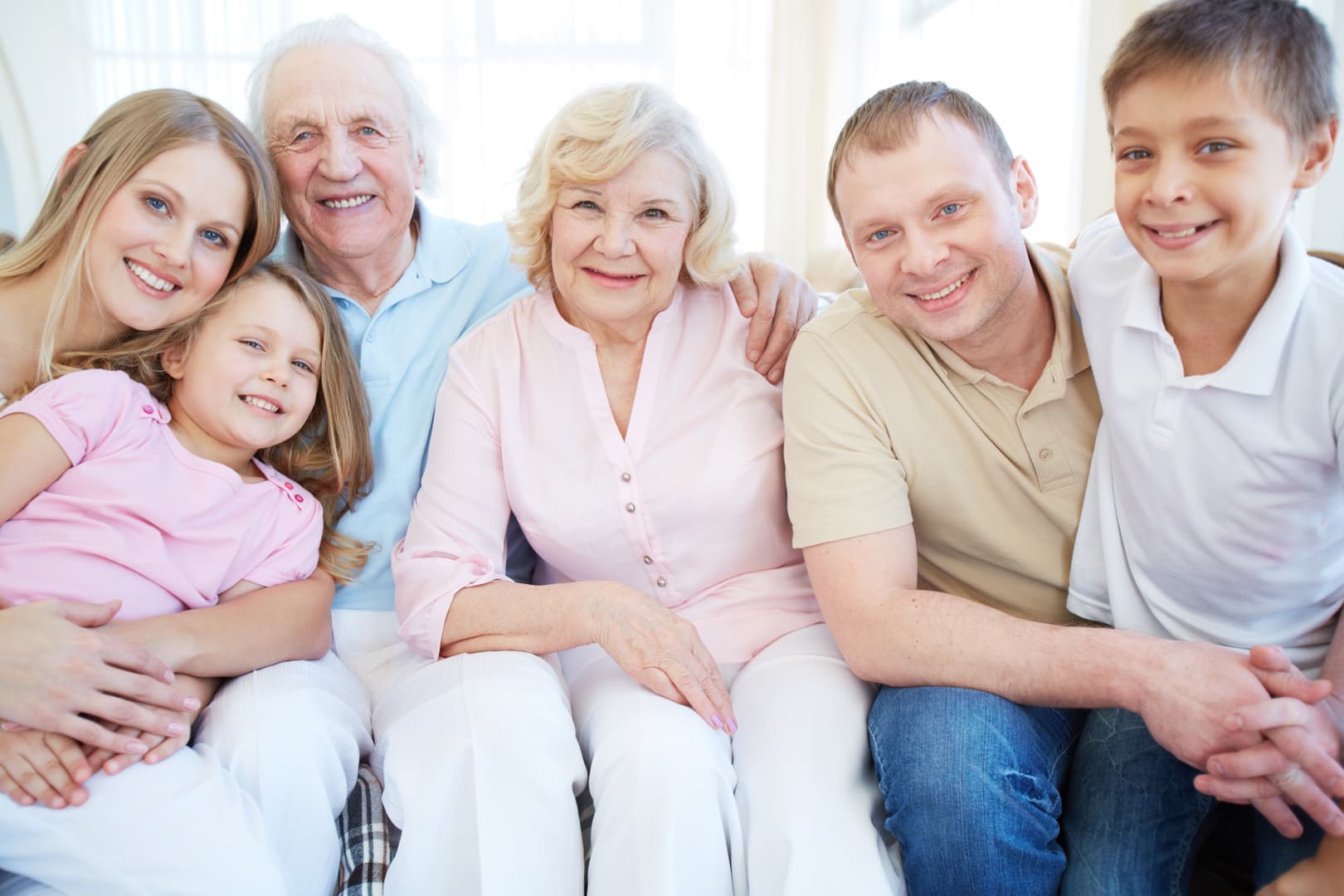 The focus was to develop a hemorrhoids treatment formulation based upon natural ingredients that would support and therefore help optimise the body’s own particular healing mechanisms that naturally combat the symptoms associated with haemorrhoids. It was decided to take a new and unique approach that could offer significant and immediate protective ability against the bacterial infections in the rectal area, irrespective of the stage of the disease process because these were known to be a major cause of such inflammations and other discomforts. It was determined that such a formulation should;

1. Allow safe and unlimited duration of use.

2. Have no side effects.

3. Be able to be used by pregnant and postnatal women.

4. Be suitable for use by both men and women of all ages, without contradiction to other medications or the risk of arousing inter-medicinal reactions.

The research and development involved three phases of clinical trials and over 200 patients of all ages who collectively presented all the various stages of haemorrhoid symptoms. Most had undergone previous treatments that included medical ointments, suppositories, gels, electrotherapy, ligation with elastic bands, sclerotherapy, laser or infrared cauterization and haemorrhoidectomy.

A unique method was developed to extract the selected active herbal ingredients without impairing their activity and clinical trials continued in three phases for fifteen months from February 2006 to April 2007 at the Israpharm Clinic in Israel until a formulation was achieved that showed significant clinical improvements over the performance of three representative haemorrhoid preparations (designated “A”, “B”, and “C” in the table below) containing combinations of the following standard ingredients: Ethyl-three-O-benzyl-D-glucofuroluzyl 3,5,6, Benzocaine, Hydrocortisone, Nifidipine and Zinc.

During the course of development, several discoveries were made that allowed the researchers to fully exploit and further enhance the latent activity of the selected ingredients. This potentiation plays a vital role in the relief that Presto Gel was observed to offer.

Once the formula had been optimised, Presto Gel was brought to market. Since then, it has been successfully used by many thousands of sufferers and although it is not a direct cure for hemorrhoids (there being no such thing), it is no exaggeration to say that today, Presto Gel has become as synonymous to haemorrhoids, as aspirin is to pain relief.

At the conclusion of the Research and Development, a Clinical Report was published evaluating Presto Gel as a haemorrhoids treatment for severe attacks. The report detailed the methodology and criteria used, as well as the outcomes experienced by each participating group of patients. The patients who were treated with Presto Gel reported benefits, the extent of which and the speed of accomplishment and duration exceeded all expectations.

Beneath is a reproduction of the final table in the Report which summarises the results achieved over the last stage of the trials. 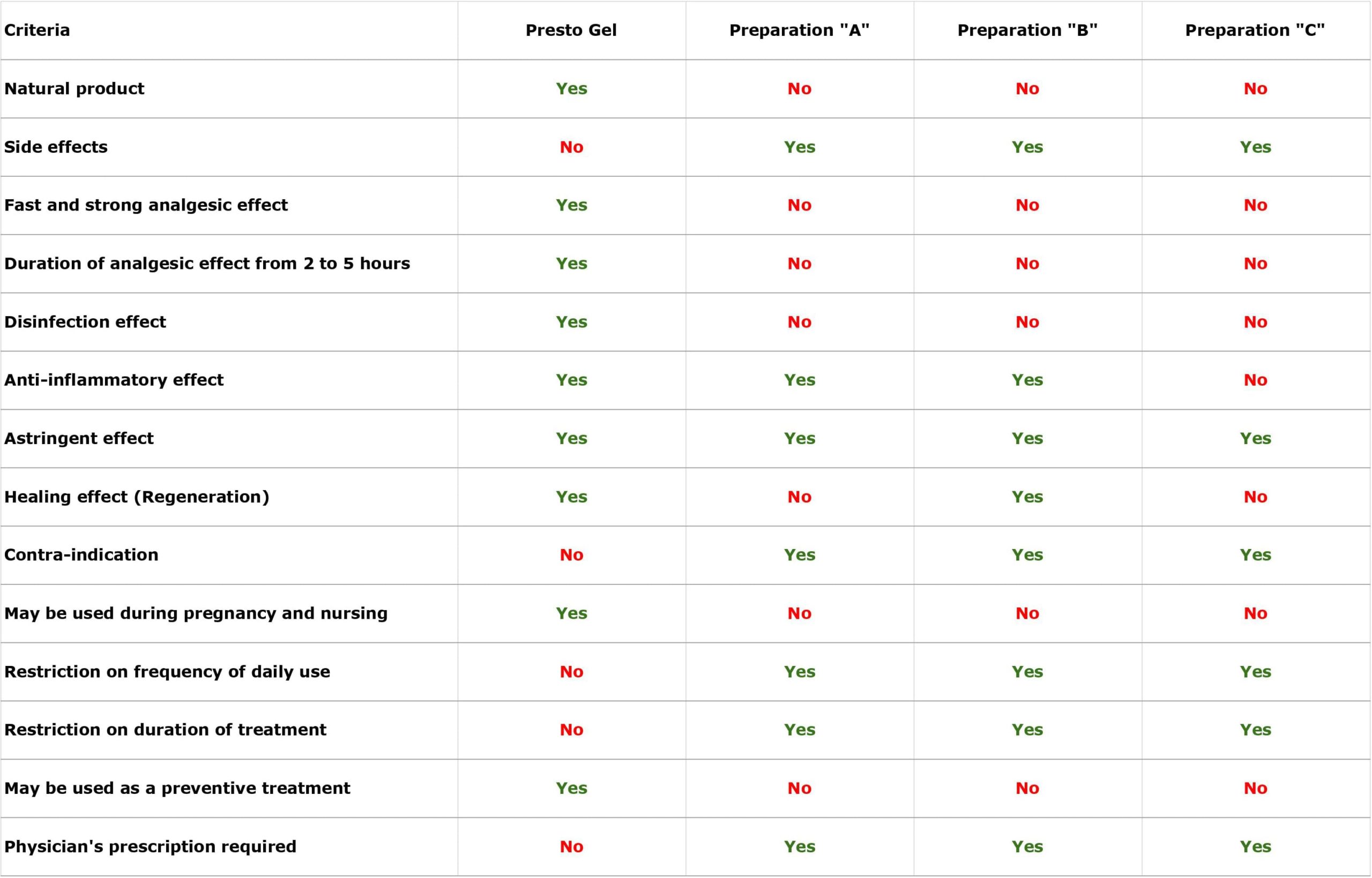 Expressed in graphical format, the above results were as follows; 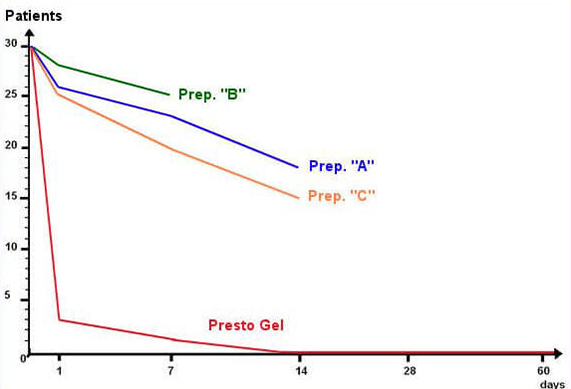 Dynamics of pain in the anus in all groups. 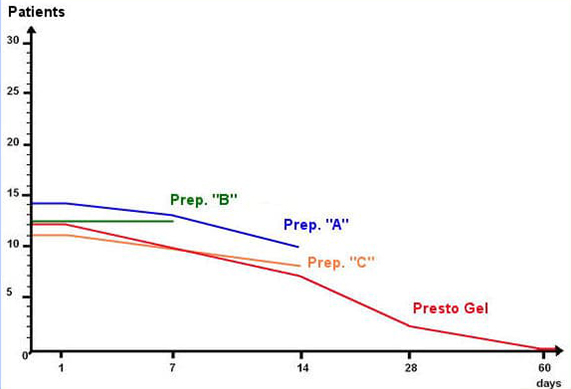 Dynamics of rectal bleeding in all groups. 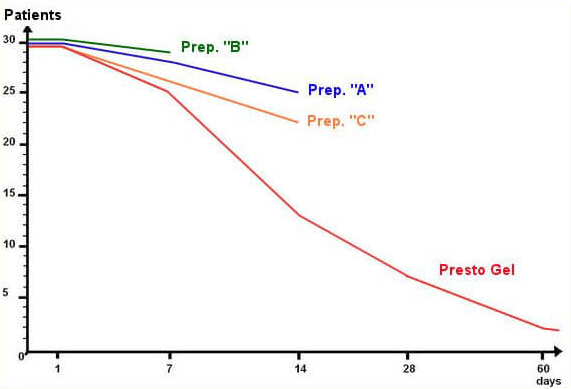 Dynamics of objective signs in all groups.

Ethyl-three-O-benzyl-D-glucofuroluzyl 3,5,6 and Benzocaine. Treatment was suspended in compliance with restrictions on the period of use.

Benzocaine, Hydrocortisone, and Zinc. Treatment was suspended in compliance with restrictions on the period of use.

Nifidipine, Benzocaine. Treatment was suspended in compliance with restrictions on the period of use.

Benzocaine, Hydrocortisone, and Zinc. Treatment was suspended in compliance with restrictions on the period of use.

Presto Gel brings rapid, lasting relief  to painful haemorrhoids. It is is a clinically proven, non-surgical, non toxic, non-irritating, non-hazardous, non prescription alternative for treating troublesome hemorrhoids. Presto Gel should be tried even when everything else has failed.  You do not have to suffer!